A Guide to Ski & Snowboard Terrain at Treble Cone 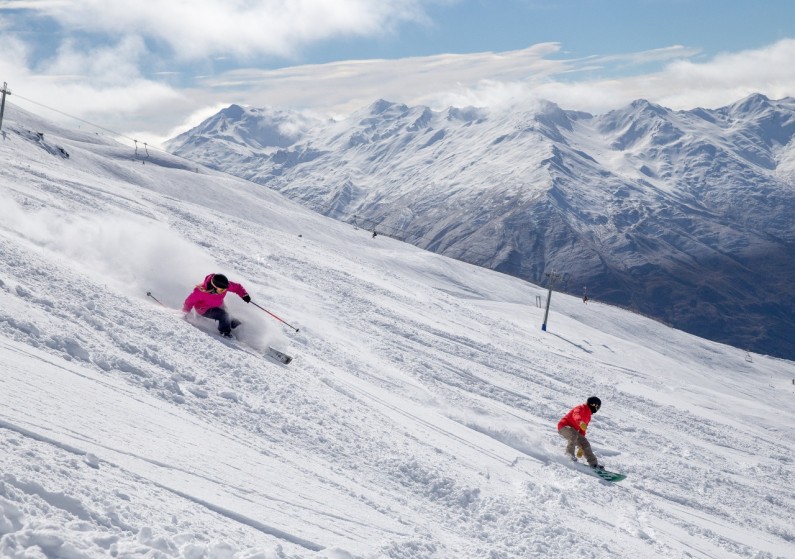 Whether you’re a powder hound wanting to ski off-piste terrain, or are after the perfectly groomed trail with spectacular views- Treble Cone is bound to take your breath away. Being the largest ski area in New Zealand's South Island, Treble Cone offers skiers and snowboarders 700m of vertical and four large basins to enjoy. Known for its long and uncrowded groomed runs, outstanding off-piste terrain, stunning views and consistent snow, Treble Cone is a must-do experience for skiers and snowboarders.

Below is a list of trails and descriptions to help every ability to have as much fun as possible on the mountain. Don't forget to check out our trail map to see where these tracks are on the mountain, as well as to discover your own favourite spots.

Trails to Get You Started

If you want to take things slow at Treble Cone, we recommend taking Triple Treat (previously known as Easy Rider) down the Home Basin Express chairlift. Triple Treat is groomed regularly and our café Altitude is also located at the top of the chair to keep your belly full of both coffee and pizza. Keep reading below to find out about more challenging intermediate and advanced trails and terrain around Treble Cone. 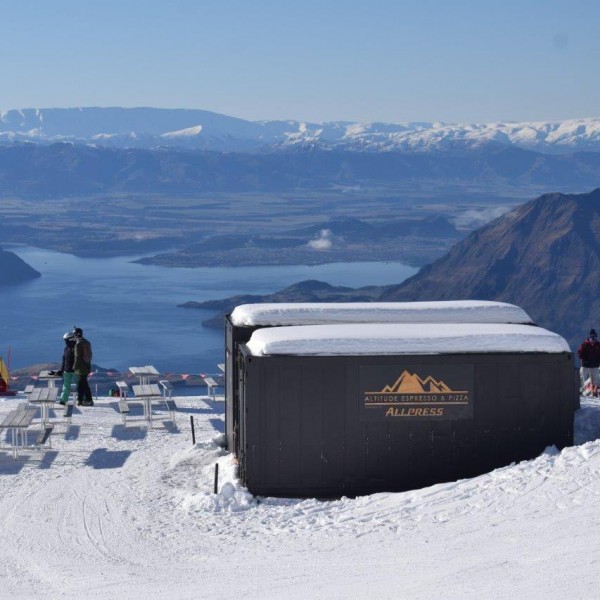 This trail is a short blue run which is groomed regularly. It starts and finishes on the safety of Triple Treat, making it perfect for building up confidence. Roller Coaster is a moderate pitch and a great way to find out if you're ready for more blue terrain. 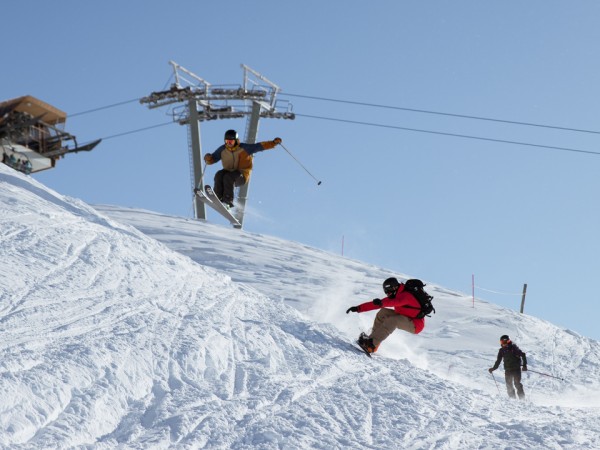 An iconic run with an incredible view and groomed nightly. Raffills Run has a moderate and consistent pitch from start to finish and is one of the easier trails to ski or board down in the Saddle Basin. As an introduction into the Saddle Basin, this is as good as it gets.

Side Saddle holds some of the best snow on the mountain, offering great turns days after the last snowfall. The steepness of Side Saddle is moderate, with the fall line running slightly to the skier's right. This trail is groomed regularly, unless there are untouched turns for skiers and boarders to enjoy. Saddle Back is a wide face running straight down the middle of the Saddle Basin, which is groomed regularly. It’s perfect to let your skis or board run a little as you cruise the freshly laid corduroy.

This trail is often described as short and sharp. Camel is one of the steepest consistently groomed runs at Treble Cone, offering on-piste terrain to challenge your skills.

Often used for race training, Big Skite is the steepest regularly groomed terrain at Treble Cone, offering two long step faces joint together by a natural roll in the middle of the run. 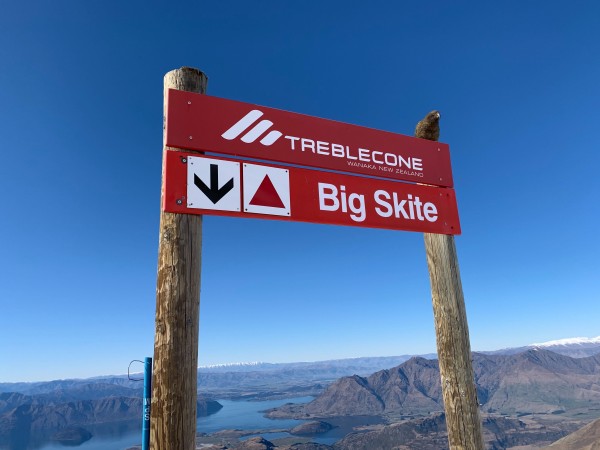 Gun Barrel is a gentle pitch with steep walls on either side makes for a playful “surfy” descent for a keen skier or boarder. Find this run over in the Saddle Basin. 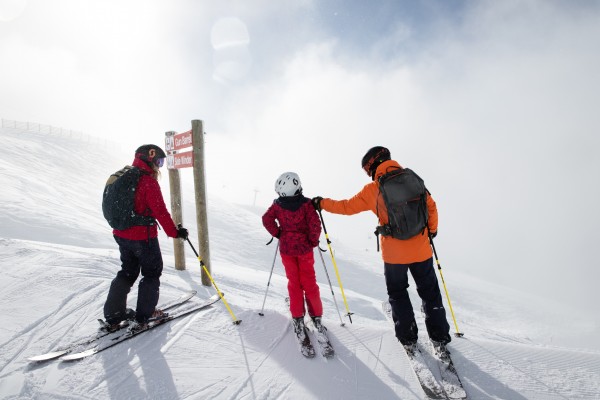 A local favourite, with two open faces connected by a few natural features including some rolling terrain and rocky areas. Cloud Nine is the go-to for big turns on a powder day.

A groomed natural halfpipe with a moderate pitch from start to finish. Bullet holds dry, cold snow and is a guaranteed favourite and is often groomed too. If you’re air inclined, there are usually a few kickers to jump on the banks of the pipe. 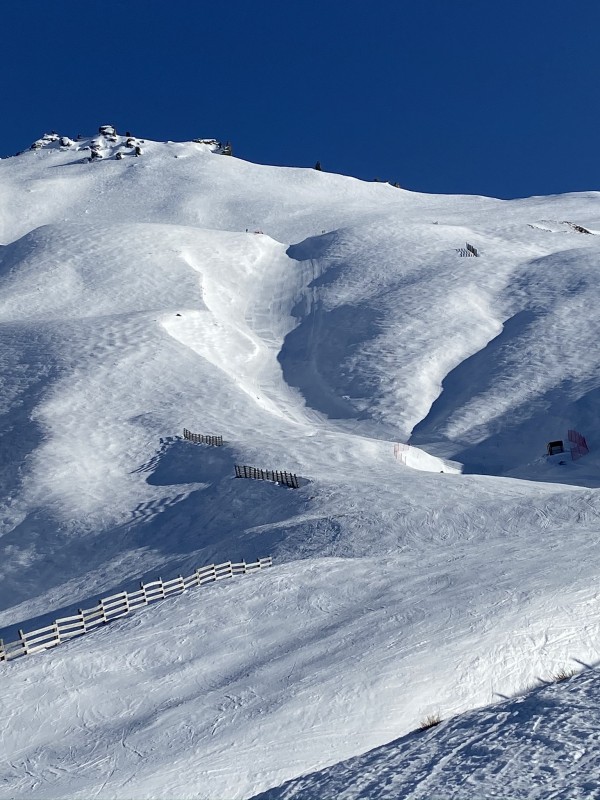 A wide bowl offering everything from open faces to natural gullies. Powder Bowl is the perfect trail for quick laps in the Home Basin, making this a favourite for many.

A little adventure on the edge of Mt Aspiring National Park. Stunning views and a perfect pitch - many forget the basin is even there! Hit this first on a powder day before the Saddle opens.

A rite of passage for all advanced skiers. The summit is a short (10 - 15 minute) hike above the Saddle Quad that will reward your efforts with incredible views and some of the best snow on the mountain. 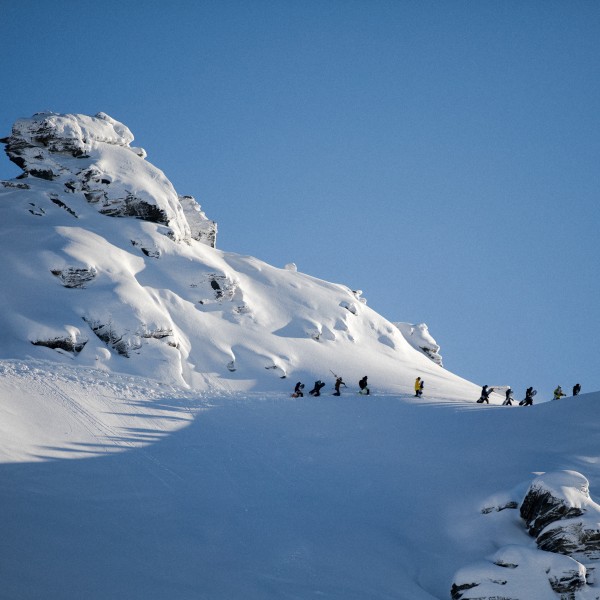 Often the last to get tracked on a powder day, Upper Gun Barrel is a steep off-piste return to the Home Basin and a less travelled way to lap the Saddle Basin.

Mine Shaft, Drop Off & Payback

Located directly under the Saddle Basin chairlift, Mine Shaft, Drop Off and Payback offer steep and often narrow terrain with a couple of crowd-pleasing air options if you want to show off a little to the spectators going up the chair. 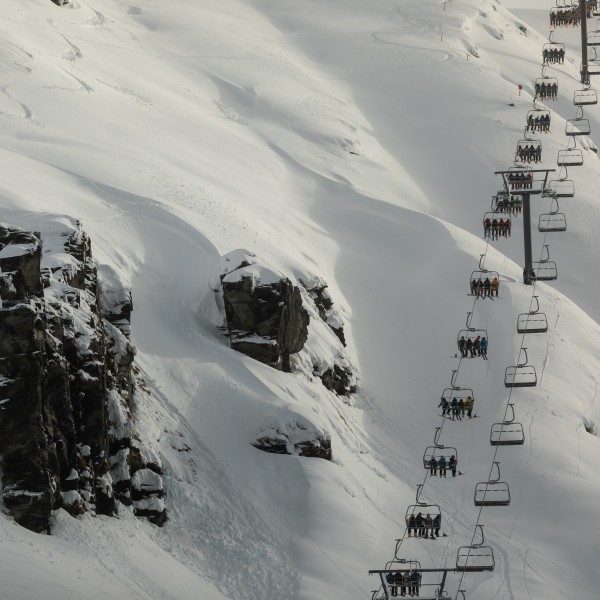 Big mountain terrain within a patrolled, inbounds environment. The Motatapu Chutes are expert only terrain comprising classic steep, rock-sided couloirs. It is possible to traverse out of the Motatapu Chutes, but the sustained fall line is so tempting that a hike taking roughly between 5 & 20 minutes (depending on your fitness and choice of exit) is much more rewarding.