For beginner skiers and snowboarders, Treble Cone's learner area is located alongside the comforts of the Base lodge and café with the convenience of a fully kitted ski and snowboard rental shop.

Intermediates will revel Treble Cone’s massive 700m of vertical, the longest in the Queenstown Southern Lakes District which allows for some of New Zealand’s longest groomed trails and of course, Treble Cone’s famous off-piste terrain.

Advanced and expert riders will find a playground of open powder faces and natural half pipes in the Saddle Basin and on the Summit Slopes and the Motatapu Chutes offer some of the steepest and most challenging terrain within the boundaries of a patrolled and protected ski area.

No matter what type of skier or snowboarder you are, Treble Cone offers an unforgettable New Zealand snow experience.

All you need to know about Treble Cone

THE LARGEST SKI AREA IN THE SOUTH ISLAND

SEASON DATES FOR THE 2022 SEASON 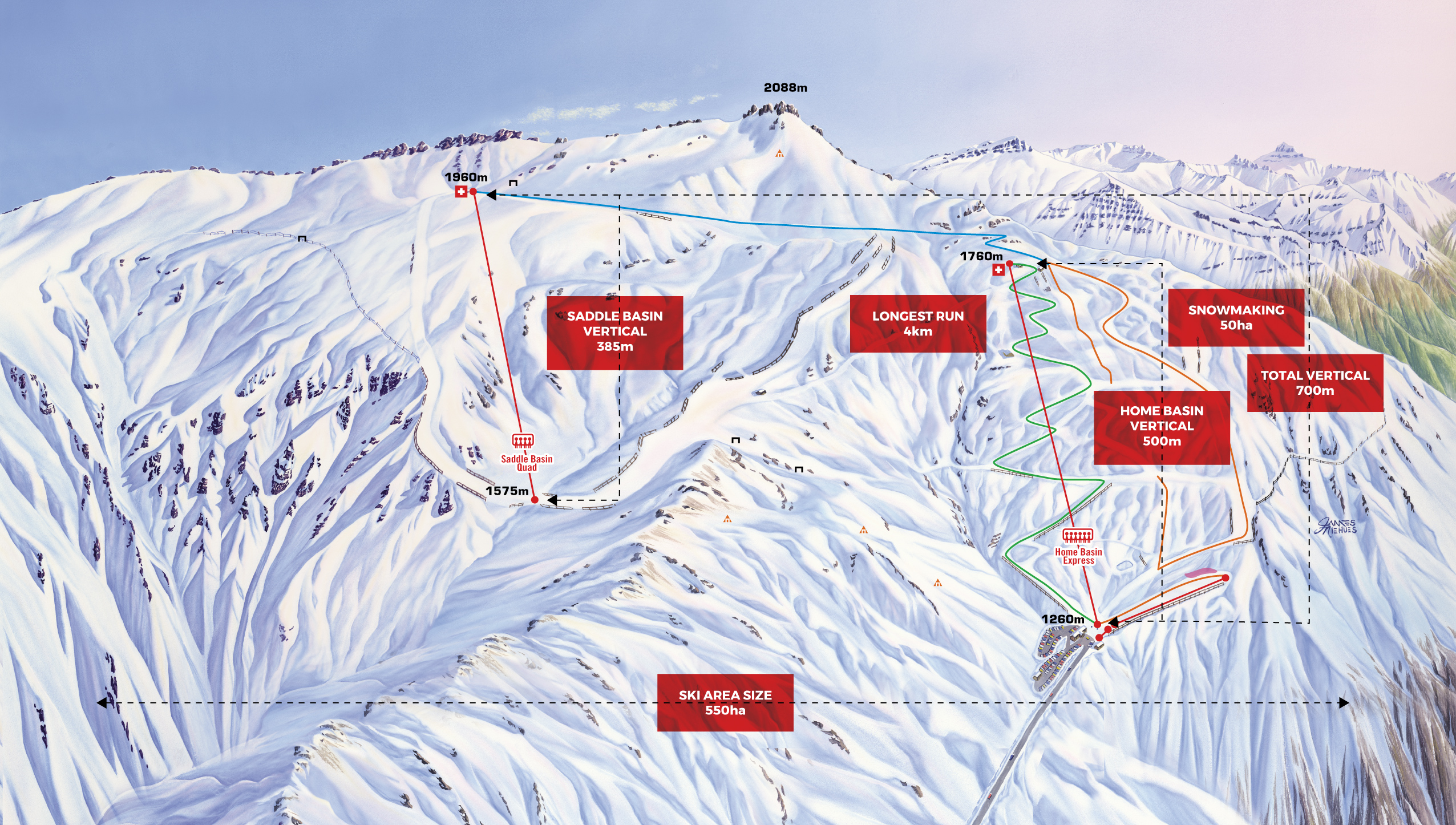